Capturing the Nostalgia of Sports Rivalries with Starena

I attended a German garden party a few weekends ago here in Stuttgart where I live and learned an interesting lesson on the gravity of sports fandom here in Germany.

As an American ex-pat in Germany, I always heard of how much people love their sports. However, I was very much unaware of the deeply-rooted rivalries that exist between soccer teams I would have never guessed.

Some context: I have been a Bayern Munich fan far before I ever moved to Germany and when I admitted this in the midst of those 10–15 rabid VfB Stuttgart fans at that garden party, I was met with some friendly hostility (if that makes sense).

I got schooled on the calamity of rivalries that exist and how Bayern Munich was the universally disliked team in most parts of Germany.

They explained that at least once a season, they circle specific games on their calendars when they get to play against their rivals.

They call these games derbies.

“When those Karlsruhe fans get off the train, we are ready to fight. No words. They understand. We understand. This is business,” one of the older VfB fans nonchalantly explained.

This rivalry spanned generations. They lived for it.

Over the next 2 hours, each guy at this garden party took turns pulling memories out of their memory pools, recounting every detail of various fantastic moments over the past 20 years.

This idea of spectacle and nostalgia is familiar to a lot of sports fans and many of you might even relate. It’s what makes us love the sports we watch.

Is there a way to package that spectacle and nostalgia?

Or a way to immortalize that feeling in a way the fans can enjoy and cherish?

Starena may have figured out a way.

A little background on Starena

﻿ is a small company whose goal is to bridge the gap between stars and fans using web3.

We know them closely because they are building this idea using ﻿

To put it simply, they are working closely with top stars to release NFT collections that echo past events and which give fans real-world rewards when they collect them.

They kicked off the project with a special NFT collection in tandem with BILD based on the Pott Derby, a historic rivalry between Borussia Dortmund and FC Schalke 04.

Here is an excerpt from a recent :

For the 99th Pott-Derby, BILD and STARENA are giving football fans the chance to get hold of Pott Derby history in an extraordinary form of six historical BILD newspaper articles.

Of course, you don’t just buy a copy of the respective newspaper page. No, each of these six pages was translated into an elaborate 3D animation with the help of Liquiditeam ‘s Unyfy platform and converted into a so-called NFT. 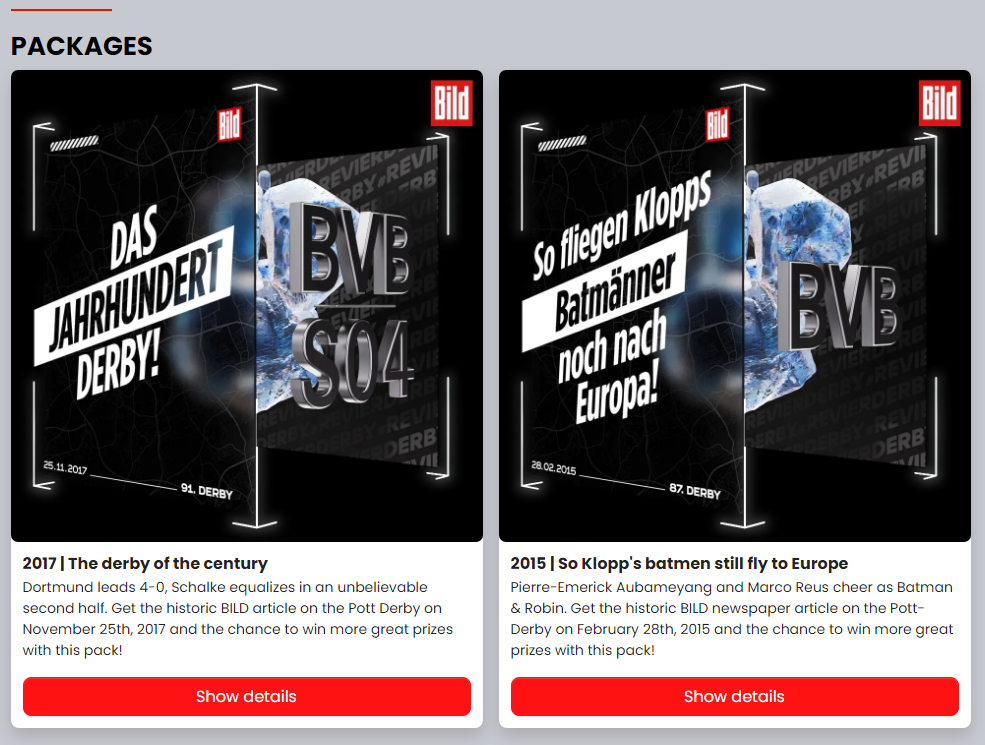 What Starena is attempting to do is to immortalize nostalgia in the digital world.

They want to digitalize that same feeling those superfans had telling me about their favorite derby memories.

But the approach they are taking is to make sure these items include real-world benefits that are programable and redeemable.

Find them on and .

You need to be logged in to boost this

Yay! You have seen it all